10 Things Your Home Doesn’t Need Anymore: How Many Do You Still Have?

Unless your home was built in the last year or two, it’s likely to be full of outdated features and systems. Some of those items may add to the home’s charm, but many distinctly will not. Replacing the outdated with modern versions or smart technology can save you time and money.

“While not everyone is an uber-cutting-edge tech wiz, [home] buyers are more tech-savvy than ever before,” says Jared Wilk, principal at Shulkin Wlik Group.

Smart home technology is becoming more mainstream, he says, with homeowners willing and eager to operate various aspects of their homes from their smartphones, and to have systems controlled by Wi-Fi to create efficiencies.

Here’s a look at some of the things your home doesn’t need anymore—and how they can be replaced.

Carrying around a set of jingling keys in your purse or pocket may soon become a thing of the past, with electronic and digital locks becoming a more convenient option, says Melanie Hartmann, owner and CEO of Creo Home Buyers in Baltimore.

“This is fantastic for those times you lose your key, lock yourself out of the house, or someone needs to get into your house in an emergency when you are not able to let them in,” Hartmann says.

Electronic locks rely on a code or a fingerprint to open, and you can control some with your smartphone, says Justin Riordan, an interior designer, architect and founder of the home staging company Spade and Archer Design Agency. 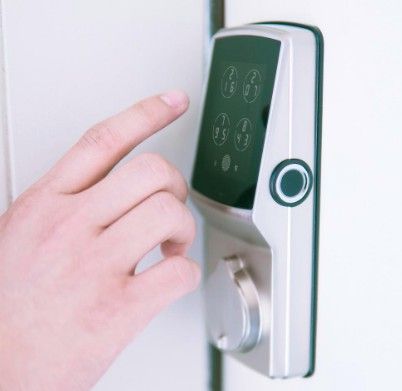 Homeowners continue to cut the cord on landline telephones. In fact, more than half of U.S. households had only wireless service in 2018, according to the U.S. Bureau of Labor Statistics.

The upshot? You can remove these phone jacks completely. Alternatively, replace phone jacks with an internet cable outlet for hard-wired internet, or an access point to improve a home’s Wi-Fi, says Christopher Sterle, founder of Acoustic Design Systems in Las Vegas.

“A hard-wired setup will always deliver the fastest connectivity,” he says.

Mounting TVs on the wall is a go-to solution for many homeowners these days—so TV consoles and cabinets just clutter rooms, says Kayla Goldstein, an architect and interior designer.

To accommodate wall-mounted TVs, installing an outlet on the wall at eye level when you’re seated and another one at 18 inches above the floor has become a standard practice.

Riordan predicts the 18-inch outlet will be obsolete in five years, by which time no components under the TV will be needed. 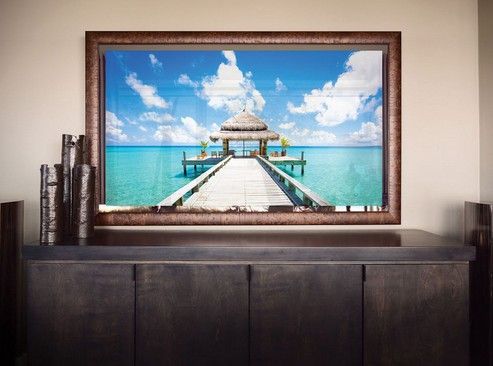 Many homes still have tank-filled water heaters. This limits the amount of hot water available, and they can spring a leak, causing extensive damage.

Here’s more on the benefits of a tankless water heater.

“In some homes, you’ve still got to push a slider on a thermostat and hope you remember to turn it down when you’re away,” says Matthias Alleckna, an energy analyst at EnergyRates.ca. But the days of this old-school technology are numbered.

New programmable thermostats, like the Honeywell smart thermostat($160, walmart.com), turn heat and air systems off and on automatically. Often, they can be controlled with your smartphone.

They are also better for the environment and save homeowners money on their energy bills, Alleckna adds. 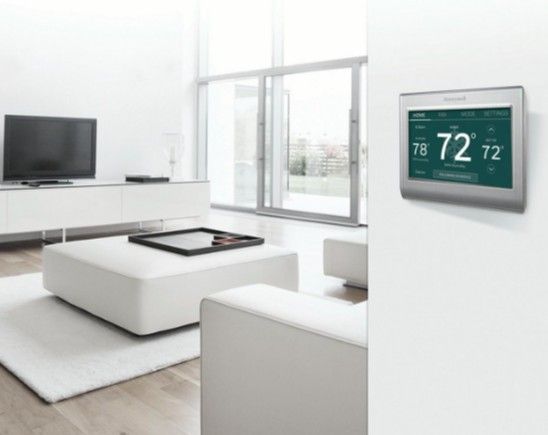 Smart thermostats are programmable, saving you money on energy bills.

Gas stoves and ovens were a fixture of many homes for generations. However, they can be dangerous and use a lot of energy, says Bryan Stoddard of Homewares Insider.

Swapping gas ranges for induction cooktops, like the Frigidaire Gallery($1,886, homedepot.com), is more suited to a modern home.

“Induction cooktops use a lot less energy, there is no inherent danger from gas leakage, and the board is cool to the touch while cooking,” Stoddard says.

In addition, their flat surfaces are far easier to clean. 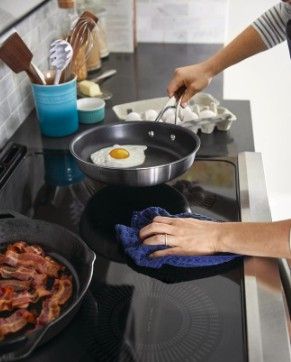 Traditional light switches may seem like a necessity, but like so many aspects of a home, they are being replaced with automated options, Sterle says.

Automated switches turn the lights on automatically when you walk into a room or can be programmed to turn on or off at certain times. You’re also able to customize the settings.

Power outlets are still a necessity, but they may soon be replaced with smart plugs and power strips that are more energy efficient, and let you control power levels with a smartphone or voice control.

“Smart strips and smart plugs allow you to remotely control whether or not the outlet is feeding the appliances power,” Alleckna says. “So you can always know your TV is turned off when you’re away.”

Some smart plugs and power strips, like the Litedge Wi-Fi smart power strip ($28, wayfair.com) connect with Alexa and other home voice assistants. 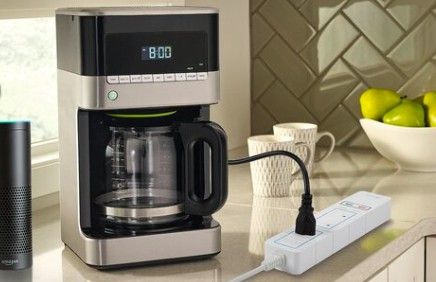 Smart power strips save energy and are programmable.

Most alarms these days are wireless, so old hard-wired alarm systems can be removed, Sterle says.

Wi-Fi and smartphones let homeowners keep an eye on their properties at all times, and from anywhere, says Tom Wallace, a certified master inspector at Home Check in Florida.

“New security devices are quick to install and come at a much cheaper price than traditional security surveillance,” Wallace says. 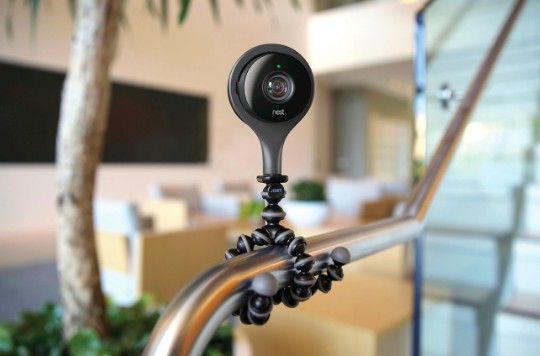 “No one you actually want to see really drops by your home anymore unless they are bringing you mail and packages,” says Justin Riordan, an interior designer, architect, and founder of the home staging company Spade and Archer Design Agency.

More homeowners are switching to devices, like Ring Wi-Fi video doorbells ($100, amazon.com), with integrated video and audio surveillance, where you can see who’s at your front door and speak to them through your smartphone. 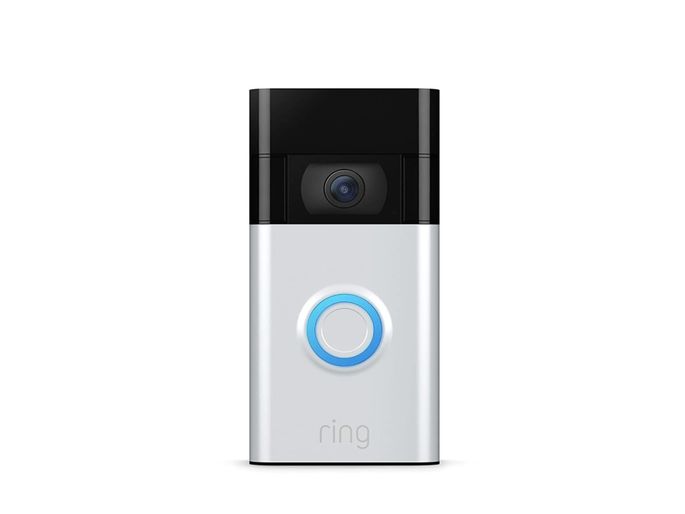