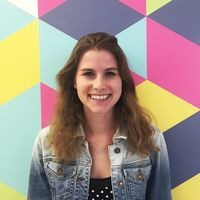 Forget red states and blue states. The United States is way more colorful (and adventurous!) when it comes to paint colors than electoral maps. A new infographic from BEHR reveals which hue each state buys the most compared to it neighbors, and the results are a bona fide rainbow. 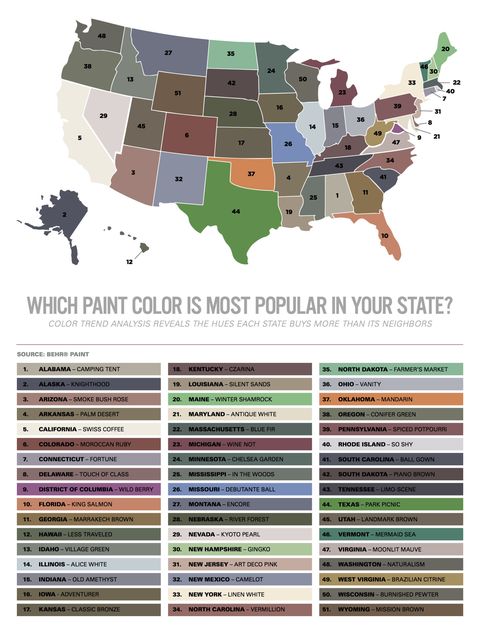 But the biggest standout has to be the Lone Star State. Texas is apparently obsessed with an intense green shade called Park Picnic that has nothing to do with its mascots or flag colors. It’s not even the same green as Pantone’s color of the year. What gives, Texans?

Of course, the true top sellers from coast to coast fall in the neutral category, but BEHR discovered these more-saturated trends by crunching their 2016 sales data. The results represent each state’s most unique preferences. For example, both Washington and Oregon are all about bringing nature indoors based off the moody favorites Naturalismand Conifer Green.

Based on America’s love for blue, it’s a big surprise only Illinois and Missouri gravitate towards the tried-and-true color family. If you’re looking to get ahead of the curve, however, think more like Alaska, South Carolina and Tennessee. Blacks with undertones of indigo are already set to take over homes in 2018.


Previous
81 Staging Tips That Help Buyers Fall in Love Next
What Is MIP?